This content rated appropriate for audience: T for Teens 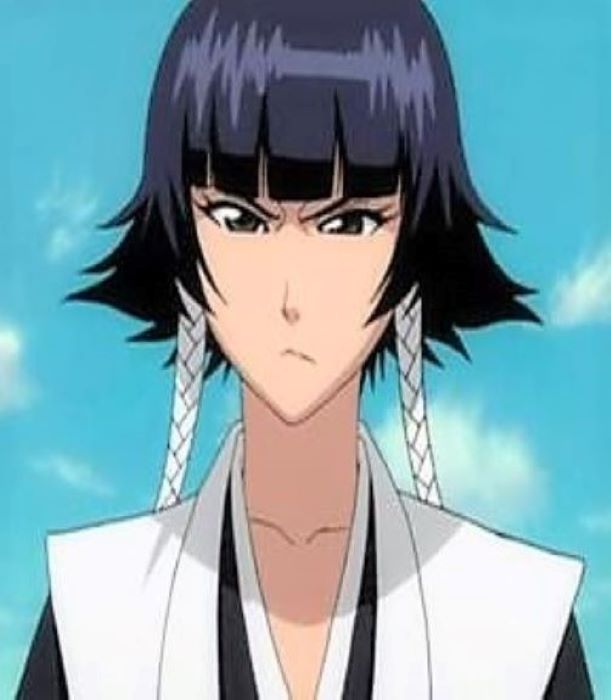 Akari is a relatively petite woman with gray eyes and black hair. Her hair is worn short with two long braids bound in white cloth, each ending in a large spiked golden ring that she can use as weapons. She wears a traditional Shinobi uniform with a sleeveless haori and a green obi tied around her waist. Underneath her uniform, Akari wears a uniform which has no sleeves and doesn't cover the back, though she does wear long black arm bands. Instead of wearing the standard Shinobi sandals, she wears traditional Chinese shoes with ordinary white socks.

A kunoichi who takes her occupation seriously. She can be stubborn to a fault and slightly cold to others (Mainly because she’s a bit antisocial). Nonetheless, she’s strong and usually approached carefully. She also hates fangirls. Has a "never take crap from anyone" disposition and usually dislikes those who insult Yugito or herself. Finally, she also makes it a goal to prove that women are as tough as men, hating how some males think they're better in the gender department.

Losing Yugito and being possibly raped

Likes to read a good book once in awhile

Sometimes trips/falls over for no apparent reason, thus making her embarrassed and not taken seriously at times.

When young she was considered a tomboy and was easily flustered. However, she still had friends, including a girl that was considered an outcast to most of Kumo (Yugito). However, when seeing the girl one day being bullied, Akari promised herself to help her and anyone else in need and has since then, striven to become stronger. She also wishes to become the first female Raikage and change her village’s reputation.

Yugito Nii - Found her cold and begging for food in an alleyway. Helped her out by buying Yugito some food and geting her a warm coat from a nearby clothing store to help her.

Takumi Yamazaki - Although not as close a friend to her like Yugito, both agree that the village needs to be changed. They usually tend to hang out and train together once in a while.

Anyone who threatens Yugito Nii and her friends

Her friends and to an extent, Kumo; so long as her friends are treated fairly.

Is a part time member of Kumo’s version of ANBU (the assassination part of it that is); considered a prodigy as no Chūnin has gotten so far in such a long time

Has a Wind Affinity

Her chakram blades connected to her hair, kunai, shuriken, and poisoned senbon. Carries a small tanto blade as well hanging behind her back, just in case. Also uses poison tags, explosive tags, and various antitoxins she’s developed herself

Is a jack-of-all-trades. Is good at Tai, Gen, and Ninjutsu. Likes to mix it up from time to time as well so as to confuse her opponents. She also wields her chakrams with expert skill. When thrown, her chakrams have seals on them to return them back to her. She is speedy and precise in her strikes. Easily able to switch from disabling strikes to killing strikes. Can keep pace in a Taijutsu match against a Hyūga in Taijutsu (which is no easy feat)

Example scene of your character going about doing their favorite thing

Example scene of your character training

Example scene of your character eating at a busy restaurant

Example scene of your character fighting or running for their life

Example scene of your choosing