Warning: "continue" targeting switch is equivalent to "break". Did you mean to use "continue 2"? in /home/seven09fics.com/public_html/wp-content/plugins/types/vendor/toolset/types/embedded/includes/wpml.php on line 646

Warning: "continue" targeting switch is equivalent to "break". Did you mean to use "continue 2"? in /home/seven09fics.com/public_html/wp-content/plugins/types/vendor/toolset/types/embedded/includes/wpml.php on line 663

Warning: Use of undefined constant host - assumed 'host' (this will throw an Error in a future version of PHP) in /home/seven09fics.com/public_html/wp-content/plugins/history-tracker/history-tracker.php on line 320

Warning: Use of undefined constant host - assumed 'host' (this will throw an Error in a future version of PHP) in /home/seven09fics.com/public_html/wp-content/plugins/history-tracker/history-tracker.php on line 320
 709fics.com – write big or go home: original and fan fiction
Skip to content

Welcome to the home of Child of the Kaminoki, a Naruto Fanfic.

Originally written in whirlwind fashion in 2018 and posted to FanFiction.net, the story was a blast to write, and the author, caught up in the story, dropped 10,000+ word chapter after chapter in rapid-fire sequence.

But 200,000+ words and 23 chapters in, it had quickly outgrown its’ backstory and a lack of initial planning led to growing contradictions. The author threw in the towel on trying to fix the issues and resolved to start again.

The original version of Child of the Kaminoki hit the Top 40 Most Read Naruto fanfics on Fanfiction.net in 2018, and it was clear the story had an audience, but to finish the story as envisioned by the author required backing up and creating a cohesive backstory as a foundation.

This site is the genesis of that effort.

There will be spin-offs and prequels as the COTK universe develops, but the main story reboot is now well underway with solid foundations.

Completed chapters are published here first for the world to read, and shared on other sites on a regular basis. There are typically at least 6 additional chapters in rough draft, draft, or release candidate form that are only available to site members. Join the site to jump in on shaping the story with your comments, ideas, suggested edits, and even create your own original characters and they may be added to the story as it grows!

Start with Chapter 1 below, or jump straight to your next chapter if you began reading COTK on another site. 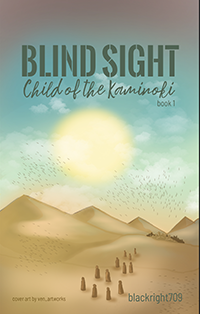